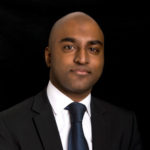 With a wide-ranging background in economics, Suren oversees the BCC’s economic thought leadership work and is a regular commentator on the UK economy featuring regularly on television and radio and in the national press. Suren also leads on the BCC’s policy work on access to finance, Brexit, international trade, and tax. He also contributes to the BCC’s policy ideas for economic growth and government spending. Prior to joining the BCC, he spent over five years as an economist at Lloyds Banking Group.