A contract is a legally binding agreement between two or more persons or entities. Business contracts can be complex, so it's important you fully understand the terms of a contract before you sign anything and seek legal and professional advice first.

The following information provides advice and tips to help you manage a key aspect of being in business.

TIP: The majority of contracts entered into will have VAT implications for supply and purchase of good and services.

Contracts can be verbal (spoken), written or a combination of both. Some types of contract such as those for buying or selling real estate or finance agreements must be in writing.

It is advisable (where possible) to make sure your business arrangements are in writing, to avoid problems when trying to prove a contract existed.

Essential elements of a contract

Regardless of whether the contract is verbal or written, it must contain four essential elements to be legally binding. These are:

But, it may still be considered invalid if it: 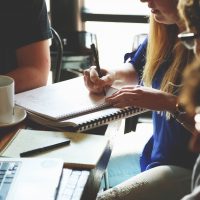 There is no specific format that a contract must follow. Generally, it will include some terms, either expressed or implied, that will form the basis of the agreement. These terms may outline contract conditions or contract warranties.

When negotiating the contract terms make sure the conditions of the contract are clearly defined and agreed to by all parties.

Contracts may follow a structure that can include, but are not limited to, the following items:

TIP: In almost all cases of creative work (such as a logo you pay to have designed) copyright will remain with the creator, regardless of whether they created it on your behalf. If you engage a contractor to produce material that attracts copyright protection make sure the contract includes detail of the licence that you have to use the material, so that both parties are very clear about what the material can be used for.

A ‘standard form’ contract is a pre-prepared contract where most of the terms are set in advance with little or no negotiation between the parties. These contracts are usually printed with only a few blank spaces for adding names, signatures, dates, etc. Examples can include:

TIP: Make sure you read the entire contract, including the fine print, before signing.

Before signing a contract

Once you’ve signed a contract you may not be able to get out of it without compensating the other party for their genuine loss and expenses.  Compensation to the other party could include additional court costs if the other party takes their claim against you to court.

Some contracts may allow you to terminate early, with or without having to pay compensation to the other party. You should seek legal advice if you want to include an opting-out clause.

TIP: If it’s not possible to have a written contract make sure you have other documentation such as emails, quotes, or notes about your discussions, by way of evidence to help you identify what was agreed.

Most contracts end once the work is complete and payment has been made.

If a contract warranty or minor term has been breached it is unlikely that it can be terminated, though the other party may seek compensation or damages.

Some contracts may specify what will be payable if there is a breach. This is often called liquidated damages.

If there is a dispute regarding the contract it is important both parties communicate clearly to attempt to resolve the matter. You may consider using a mediation or arbitration service: