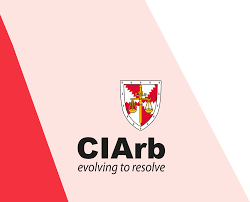 Where a small business finds itself in a dispute with a larger company it may feel intimidated by the larger company’s lawyers and bargaining power[1].

A small business could start litigation through the courts to enforce its rights but the time[2], effort, and emotion involved, the possibility of losing and having to pay the winner’s costs, and the prospect of company information connected with the case being released into the public domain, are all likely to be off-putting.

The Office of the Small Business Commissioner runs a free dispute resolution service for small firms with fewer than 50 employees if they are unable to resolve disputes about payment with bigger customers (with 50 or more employees). This is just one example of an ADR scheme and if you need our help, please contact us on

Here the arbitration process and an arbitration scheme is discussed in more detail by the West Midlands Branch of the Chartered Institute of Arbitrators.

The objective of arbitration is to achieve fair resolution of disputes by an impartial tribunal without unnecessary delay or expense[3]. Arbitration law in England and Wales enables the parties in the dispute to agree how their dispute is to be resolved, with the legal safeguards that are necessary in the public interest.  The final objective of arbitration is for the arbitrator to make an ‘award’ which is the arbitrator’s decision on how the dispute is to be settled.

The decision by the arbitral tribunal (typically a single arbitrator for ‘small’ disputes) will be final and binding. If one party does not act as per the tribunal’s decision, the courts can be asked to enforce the decision, unless it is decided that the tribunal didn’t have jurisdiction to decide the dispute, or that here were serious irregularities in the arbitration process.

Incorporating an arbitration clause in a contract

As an example, the Chartered Institute of Arbitrators provides a range of recommended contract clauses, including one for its Business Arbitration Scheme as follows:

‘Any dispute, controversy, or claim arising out of or in connection with this contract, or the breach, termination or validity thereof, shall be submitted to the Chartered Institute of Arbitrators (CIArb) and settled by final and binding arbitration in accordance with the Rules of The Business Arbitration Scheme. Judgment on any award issued under this provision may be entered by any court of competent jurisdiction.’[3]

The Arbitration Act 1996 governs all arbitrations ‘seated’ in England and Wales and gives a large amount of autonomy for the tribunal to decide procedural and evidential matters subject to the agreement of the parties. It is advisable for parties to opt for an arbitration scheme with set rules that all sides can reference and therefore understand how the arbitration will be conducted.

A worry for any business, when asserting its claim, is how much it will cost. Legal and other fees add up, whether the claim is decided through litigation or an alternative dispute resolution process such as arbitration. Even if a firm is likely to win there is a worry as to whether any award will include recovery from the losing party of the legal costs of the winning party. Costs may be capped at the amount of the small claims court[4].

Several arbitration schemes have a fixed pricing model as well as a provision for the parties to determine how their own costs are to be managed. For example, the Chartered Institute of Arbitrators’ (CIArb) Business Arbitration Scheme (BAS) charges a fee of £1,250 per party for an arbitration. The arbitrator under the scheme can also decide that the losing party is to pay the arbitration fee of the winning party and up to £1,000 of the winning party’s costs[5]. The intention of capping the amounts of legal costs is to incentivise the use of arbitration to settle disputes and to prevent parties expending excessive amounts in legal fees that may not all be deemed recoverable, even if that party wins the case.

It is common for disputes of relatively low value to be assessed on the basis of submitted documents only, instead of in-person/virtual hearings. The benefit of a documents-only arbitration is that it avoids the time, expense and administration for the parties and witnesses to attend a hearing. However, the aim of arbitration is to provide disputing parties a way they can agree to have their disputes resolved and many low/capped value arbitration schemes do allow hearings to take place when necessary[1].

Arbitration schemes aim to provide a binding decision in a prescribed period of time, which is typically less than the time, on average, a dispute is resolved in court.

With the schemes set up for institutions dealing with relatively small disputes amounts, typically under £100,000, there is a prescribed time limit for the arbitrator to make their award decision. Under the CIArb’s Business Arbitration Scheme for example, the arbitrator is required to give their decision within 89 days from the arbitrator being appointed. This is likely to be less than the time if the dispute was litigated through the courts.

Options for disputes for values less than £100,000

For a small business, any disputed sum that has not been paid can lead to cash flow problems and the increased risk of insolvency. A cost effective and time efficient method of dispute resolution would be advantageous for either party in a dispute.   Many industries and institutions have set up arbitration schemes that cater for consumers and the general public, in industries such as travel[2], rural rent reviews[3], and media disputes[4]. For disputes involving all types of businesses the CIArb has devised a set of rules for time and cost efficient dispute resolution by the way of arbitration.

The arbitration starts when the CIArb’s Dispute Appointment Service (DAS) is notified by the referring party to appoint an arbitrator. If the use of the BAS is incorporated in the contract between the parties, the arbitration process can commence with just the party referring the dispute having to sign the appointment form. If there is no contractual agreement to use the BAS both parties must sign the appointment form to enable the DAS to appoint an arbitrator.

The application for the appointment contains details of the parties, a brief summary of the dispute and the issues to be determined, and an outline of the claim. The application also contains:

1) copies of relevant contractual documents, including, in the case of a unilateral application, a copy of the contractual agreement between the parties to refer their dispute to arbitration under the Scheme;

2) a copy of the applicant’s Statement of Claim; and 3) a fee of £1,250 (plus VAT) per applicant, which is payable by cheque or bank transfer on or before the date of the application.

It is important to note that the applicant must provide copies of all the documents sent to the DAS to the other party simultaneously. The next stage is for the respondent to submit, within 7 days, their £1,250 fee and statement of defence.

The DAS will then contact a local CIArb Branch to appoint an arbitrator from a list of suitably qualified CIArb members who hold qualifications in alternative dispute resolution. The arbitrator will issue a timetable, within seven days of being appointed, with the objective of producing a binding award containing a decision within 89 days of their appointment, based on the submissions received. The arbitrator in the timetable will set out the procedure and submission of the statements of case (e.g., the Claim, Defence, and Response) must each be signed and dated by a duly authorised representative of the party concerned. All witness statements must be signed and dated by the witness with all submitted documents being sent simultaneously to the other party. Unless otherwise directed by the arbitrator, each side’s statements of case and witness statements shall, collectively, be no more than 5,000 words. The limitation on the wording means the disputing parties must make their claims precise which minimises the time the arbitrator spends reading submissions that have been repeated elsewhere or are irrelevant. If required, hearings and site visits can be arranged but this will attract additional costs.

Conclusion and further resources from the CIArb

The ability to settle disputes in a manner where costs and time are managed can be beneficial to any business but particularly to smaller businesses. Small businesses should consider whether they can find a suitable scheme they can incorporate into their contracts as a way of resolving a dispute through arbitration. The CIArb provides scheme rules and runs courses to train individuals on topics connected with alternative dispute resolution[1]. The CIArb has a network of regional Branches which hold events and seminars, many which are free, on arbitration topics[2].