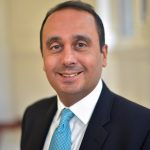 New public data analysed for the first time by Lloyds Bank Commercial Banking in partnership with the Small Business Commissioner, analysed official payment reporting returns based on the annual reports of large businesses. Legislation imposed in April 2017 required all large businesses to publish their payment practices. The research carried out sampled data from 7,010 companies and revealed that:

The Small Business Commissioner, Paul Uppal, said: “There has been a requirement since April 2017 for large companies and limited liability partnerships (LLPs) to report twice a year on their payment practices and performance, including the average time taken to pay supplier invoices.

Paul Uppal added: “Our initial findings indicate that almost two thirds of payments are likely to be owed to smaller businesses at any time. This is money that could be used to grow smaller businesses and generate tangible economic activity. Instead it is stuck on the ledgers of large businesses doing nothing.”

Ed Thurman, Managing Director of Global Transaction Banking at Lloyds Bank Commercial Banking, said: “We have discovered wide variations in payments depending on where businesses are located. For some businesses two weeks can be critical in the financial well-being of a smaller businesses. Businesses could consider utilising invoice financing products to mitigate these challenges.”

Of the 65 % of payments made longer than 30 days to small businesses from large companies:

Average Time To Pay The average number of days taken to make payments in the reporting period from the date of receipt or other notice when the payment was received by the supplier.

Late payments relate to the percentage of payments due within the reporting period which were not paid with the agreed period or payment term.

The office of the Small Business Commissioner was launched in December 2017 to ensure fair payment practices for Britain’s 5.7 million small businesses, support them in resolving their payment disputes with larger companies and bring about a change in payment practices between businesses and across sectors. It was created in response to the poor payments crisis facing UK small business and coincided with regulations that came into force requiring large businesses to report the average time they take to pay their suppliers.

The Reporting on Payment Practices and Performance Regulations came into force in April 2017. Under the regulations all large companies are required to publish statistics on payment performance, including: The average number of days taken to make payments; the percentage of payments made within 30 days, 31-60 days, or on or after 61 days; the percentage of payments due which were not paid within the payment period ( agreed terms). A large business is a company or limited liability partnership that has at least two of the following: £36 million in turnover; £18 million on its balance sheet; 250 employees.

Lloyds Banking Group. This information is intended for the sole use of journalists and media professionals. This document has been prepared by Lloyds Bank plc in conjunction with the office of the UK Small Business Commissioner (“Lloyds Bank/Us/Our/We”) for information purposes only. This document is not intended to be investment research and has not been prepared in accordance with legal requirements to promote the independence of investment research and should not necessarily be considered objective or unbiased. Any views, opinions or forecast expressed in this document represent the views or opinions of the author and are not intended to be, and should not be viewed as advice or a recommendation. You should make your own independent evaluation, based on your own knowledge and experience and any professional advice which you may have sought, on the applicability and relevance of the information contained in this document. The material contained in this document has been prepared on the basis of information believed to be reliable and whilst We have exercised reasonable care in its preparation, no representation or warranty, as to the accuracy, reliability or completeness of the information, express or implied, is given. This document is current at the date of publication and the content is subject to change without notice. We do not accept any obligation to any recipient to update or correct this information. Lloyds Bank, its Directors, officers and employees are not responsible and accept no liability for the impact of any decisions made based upon the information, views, forecasts or opinion expressed. This document has been prepared by Lloyds Bank, which is a trading name of Lloyds Bank plc. Lloyds Bank plc. Registered Office: 25 Gresham Street, London EC2V 7HN. Registered in England and Wales no. 2065. Authorised by the Prudential Regulation Authority and regulated by the Financial Conduct Authority and the Prudential Regulation Authority under registration number 119278.