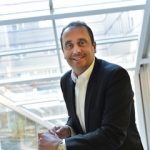 Unpaid invoices worth £2.1 million to small businesses across the UK have been recovered by the Small Business Commissioner Paul Uppal as he celebrates the first anniversary of the role set up by the Department for Business, Energy and Industrial Strategy.

A number of businesses have recouped unpaid invoices, which has boosted their productivity and allowed them to concentrate on the job in hand. The Office for the Small Business Commissioner supports small firms in resolving their payment disputes with larger companies and aims to bring about a change in payment practices between businesses and across sectors.

The commissioner’s office considers complaints from Britain’s small businesses, defined as those that employ fewer than 50 staff, about payment problems they are encountering with large business customers.

In its first year, the office received more than 300 approaches from small businesses, resulting in the recovery of more than £2.1 million since the office was set up in December 2017, with a further commitment for a £20,000 in unpaid fees to be paid by payment plan by the end of this year.

Throughout the past 12 months, Mr Uppal has met with hundreds of businesses, both small and large, business groups and public sector organisations as part of an ongoing consultation programme to gather first-hand experiences and views.

He has also supported BEIS’s call for evidence from businesses into tackling unfair payment practices, which concluded at the end of November.

This consultation follows on from ‘Duty to Report’ regulations brought in by government in 2017 where large companies and limited liability partnerships have to publicly report, twice a year, on their payment practices and performance, including the average time taken to pay supplier invoices.

The Commissioner has the ambition of supporting more businesses in his office’s second year in operation and is keen to gain responsibility for a number of specific industries in which he has had some success, particularly the construction sector, which is one of the most affected by late payment.

Business finance website Funding Options has calculated that it took an average of 42.2 days for invoices to get paid in the construction industry in the year 2017/18, up from 41.6 days in 2016/17 and 40.3 days five years ago.

Paul Uppal, the Small Business Commissioner, said: “In the past year I have demonstrated that a proactive approach to addressing late payments to small businesses and providing advice, guidance and a free process to support the recovery of unpaid cash. Small businesses need an independent voice in these matters, which we can provide for them.”

“Small businesses are seeing us a trusted go-to body and this has resulted more than £2.1 million recovered in payments. I have started to build up good relationships with CEOs of large businesses who have committed to work with me in creating a more ethical payment culture.”

“My future aspirations for the office are for us to be a ‘one stop shop’ for all SME issues where late payment, poor payment practices, finance, contractual disputes can be filtered through.”

He added: “As the first appointed UK Small Business Commissioner I feel it is my duty to shape the role. It is clear further evidence and information is required to include, types of businesses impacted by late payments, the quantitative and qualitative impact on them and actions needed to resolve disputes.

“This requires an extensive set of research into late payment practices. I also want to see businesses having a real input into how we move forward with tackling late payments, which we have found are usually a symptom of a much wider dispute.

“The BEIS Call for Evidence and the Duty to Report data are positive steps forward in understanding this landscape and the analysis from this will help shape and inform future policy decisions and build on the role that the Small Business Commissioner can play in driving change.”

Small Business Minister Kelly Tolhurst said: “We are committed to ensuring the UK remains the best place in the world to start and grow a small business – from creating the right environment for business, investing in research or creating a workforce skilled for the future.

“Thanks to the work of the Small Business Commissioner Paul Uppal, small businesses have recovered over £2.1 million of unpaid invoices in the first year. This is just the start and there is more to do, which is why we are dedicated to supporting the Commissioner in tackling late payments to make it easier for SMEs to do business and be more productive.”

NEWS RELEASE: ISSUED ON BEHALF OF THE OFFICE OF THE SMALL BUSINESS COMMISSIONER

The office of the Small Business Commissioner was launched in December 2017 to ensure fair payment practices for Britain’s 5.7 million small businesses, support them in resolving their payment disputes with larger companies and bring about a change in payment practices between businesses and across sectors. It is an independent body set up by Government under the Enterprise Act 2016 to tackle late payment and unfavourable payment practices in the private sector.

According to official figures, a third of payments to small businesses are late with the average value of each payment at £6,142. This has led to 20 percent of small businesses running into cash flow problems due to late payments.

The SBC covers the whole of the UK – England, Wales, Scotland and Northern Ireland. Its introduction coincided with regulations that came into force requiring large businesses to report the average time they take to pay their suppliers.

The SBC provides general advice and information to small businesses on matters such as:

Checking contracts and getting invoices right

The SBC will also consider and investigate complaints and payment issues between small business and their larger customers making (non-binding) recommendations on how the parties should resolve their disputes.