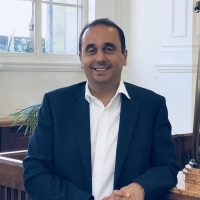 Paul Uppal was born June 1967, in Smethwick, Birmingham. Paul graduated from the University of Warwick with a Second-class honours, upper division degree in Politics and Sociology. After graduating from Warwick University, he went on to run his own small business in the construction and real estate sector for over 20 years. In 2010 Paul was elected as the Member of Parliament (MP) for Wolverhampton South West and was also elected Chairman of the All Party Urban Development Group. In September 2012 Paul was appointed Parliamentary Private Secretary (PPS) to David Willetts at the Department for Business, Innovation and Skills. In 2013 Paul was on the Number 10 Policy Board which advised Prime Minister, David Cameron at the time. In 2017 Paul swapped Westminster for a job helping small businesses and was appointed the role of the UK’s first Small Business Commissioner. Paul Uppal married Lawyer, Kashmir Uppal in 1991, and the couple have three children.

The role of Small Business Commissioner was established under the Enterprise Act 2016 as part of a package of measures to tackle the late and unfair payment practices.

The Commissioner has responsibility for advising, signposting and dealing with complaints from small businesses (up to 50 employees) concerning late or unfair payment practices regarding their larger business customers (over 50 employees) across England, Wales, Scotland and Northern Ireland

“Successful businesses are built on integrity, entrepreneurial spirit and trusting relationships and I want to highlight that Britain can be the best place for new entrepreneurs to establish and grow their own businesses.”
– Paul Uppal